Once all of the members’ donations are collected, a representative from 100 Women Who Care North Suburban Chicago, the nominating member, and any other members who wish to attend will personally present the award to the charity (with the exception of COVID restrictions).  Information about the actual award presentation will be posted on our website and Facebook page. 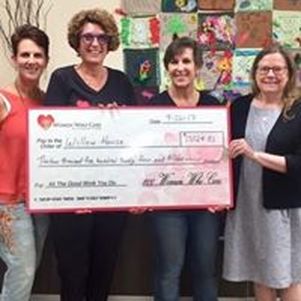 Willow House, presented by member Darlene Bikshorn, was our awarded charity in August 2017. ​Willow House is a non-profit, social service organization whose sole mission is to support grieving children, teens, adults, and families. Its mission is that no child or family should ever grieve alone. Founded in 1998, it is the only independent organization in the state of Illinois solely dedicated to supporting this population. 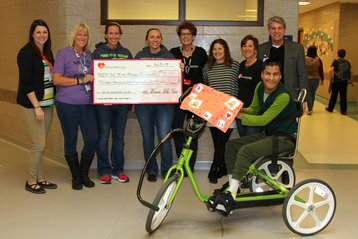 The Trike Project, presented by member Cheryl Lardner, was our awarded charity for November 2016. Their mission is to help children with special needs obtain adapted tricycles for therapeutic and recreational use.  This is a very small charity so our dollars will make a big difference. Their slogan is "Mobility is Freedom."

The Trike Project is at Laremont School in Gages Lake, which is part of SEDOL (Special Education Department of Lake County). Laremont School provides services for students with severe/profound and multiple disabilities. ​

Other presented charities were Waukegan to College (by Elyse Danckers) and Greenhouse Scholars (by Allison Rabin). 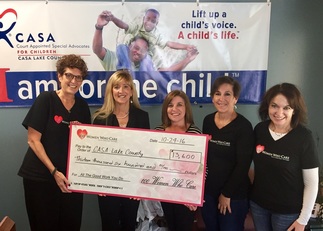 We visited CASA of Lake County (Court Appointed Special Advocates") to present our donation of $13,600. CASA advocates for the best interests of abused and neglected children within the juvenile court system. A Court Appointed Special Advocate (CASA) volunteer is a trained citizen who is appointed by a judge to represent the best interests of a child in court.

Two other worthy causes were presented as well. Betsy Phillips told us about The Cancer Wellness Center, and Nancy Napalo shared Angles. 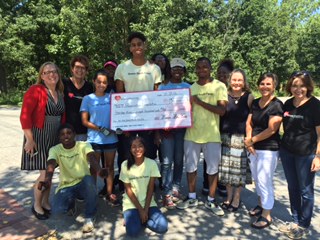 Our largest donation to date of $14,800 was presented to the Green Youth Farm Project, part of the Preservation /foundation of the Lake County Forest Preserve. Ann Maine presented this group to our organization. 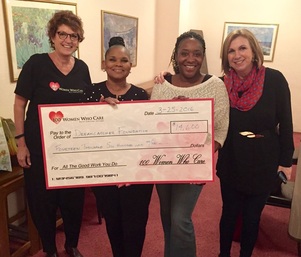 ​Two other charities were presented this month. Melissa Copeland presented Game on Sports Foundation, and Holly Kerr presented Friends for Health.  All three charities presented benefit women in some way either through sports involvement, rescue from sex slavery, or expensive health issues. 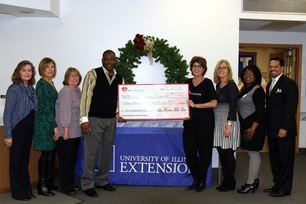 We presented out $13,900 award to University of Illinois Extension Program on December 22, 2015. It will be used to support their nutrition outreach program.

The other two charities presented were Save-A-Pet (by member Avis Crasko) and PAWS (by Sue Talman). 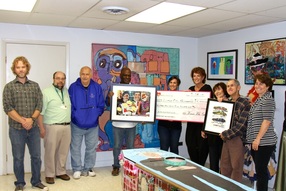 Our largest award to date of $14,500 was presented to Little City Foundation on September 28, 2015. It will be used to support their art center. 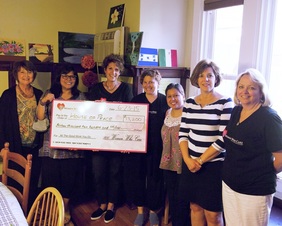 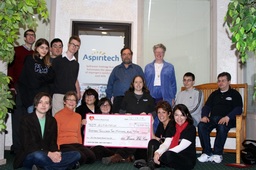 
Our member who nominated Aspiritech was Brenda Weitzberg. Our other two members who made presentations for great causes  this month were:
- Elyse Danckers (Waukegan to College) and
- Melissa Copeland (Game On! Sports Foundation) 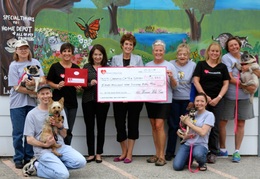 $11,750 was awarded to Orphans of the Storm. After a tour of the facilities, we presented the money in front of their hand painted mural. Four dogs attended as well!


Jackie Borchew, Director of Development and Community Outreach for Orphans of the Storm, was the nominating member from 100 Women Who Care. Thanks to our other two members who made presentations this month:
- Marcia Bernstein (Lake Country United), and
- Kathryn Vandenberk (Youth Conservation Corps) 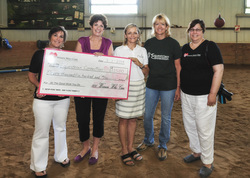 Thanks to our two other members who made presentations for great organizations this month:
- Bernie's Book Bank (by Dawn Anderson)
- Green Youth Farm run by the Preservation Foundation of the Lake County Forest Preserve (by Ann Maine). 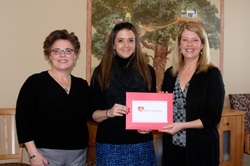 Thanks to our two other nominating members supporting great causes:
- Bernie's Book Bank (by Dawn Anderson)
- Orphans of the Storm (by Jackie Borchew) 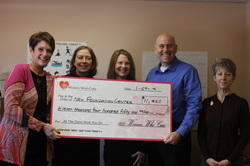 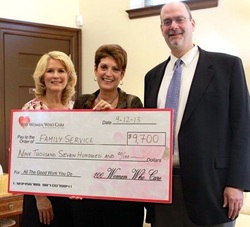 On September 12, Family Service received a generous award of $9,700 from 100 Women Who Care North Suburban Chi-cago. “We’re delighted to honor Family Service with this award, which recognizes its important work for all in need in our local communities,” said Laurie Richter, president of 100 Women.

Family Service Executive Director Paul Dean thanked 100 Women for the generous grant and Family Service Board member Julie Sampson for bringing the agency’s mission to her 100 Women partners in philanthropy. Paul noted: “These 100 women who care about community are giving back to help those most in need in their communities. Their support is an extraordinary gift in support of our work.” 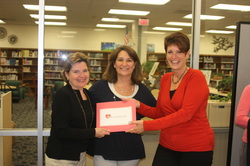 Members at our inaugural meeting chose "College Bound Opportunities"  as our first donation recipient. This organization was presented by Bonnie Shlensky. Thanks to all our members for making this first $9500 charitable donation such a success.