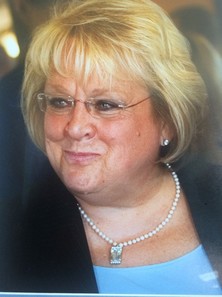 The Beginnings of 100 Women who Care
The first 100+ Women Who Care chapter was started in 2006 by Karen Dunigan, the former mayor of Jackson, Michigan.  It all started when Karen received a call from Molly at the Center for Caring Mothers. Molly explained that the infant mortality rate in their city was on the rise due to a lack of cribs for babies. Molly asked Karen if she’d be willing to organize a fundraiser with the goal of raising $10,000.  At that particular moment, Karen just didn’t have it in her to coordinate another formal fundraiser but she believed in the cause.  Karen asked Molly to give her three (3) days to think about what she could do to help.  Karen knew she had 100 friends who could donate $100 so she picked up the phone, invited them all to dinner at a local restaurant, and asked them to donate.  Those efforts resulted in $12,800 worth of donations whereby the charity was able to purchase 300 new baby cribs!

Just like that, a brilliantly simple way to raise money efficiently and quickly for local charities was born. Since then, the Jackson, MI chapter has grown to over 200 members and 100+ WWC chapters have formed all over the US, Canada, Mexico and several international locations.  There are chapters of men, kids, teens, and couples.  As of 2020, there are over 700 chapters operating.

Karen Dunigan passed away on April 15, 2014 after a battle with cancer. Her sisters, Jane and Patty, carry on her work. Karen created a legacy and 100+ WWC continues to grow by chapters like ours spreading her brilliant method of fundraising to others. Each of us involved with a 100 Who Care chapter is grateful to Karen for the impact she had and continues to have in this world!

What is the Story behind the North Suburban Chicago group?